GOP leaders of the state Legislature and the new governor have been at odds with each other for months. The Republican-written plan includes a 5.4% increase in spending over current levels — less than the 8.3% increase Evers proposed.

The budget was written by the Legislature’s finance committee and will be taken up by the Assembly on June 25. Evers is supposed to sign the budget by June 30, but current spending levels continue if he misses that date.

The risk of domestic abuse is an issue during the safer at home order. Children are especially vulnerable. They have fewer resources to turn to when they experience abuse.

On this edition of Newsmaker Sunday, Tom Zalaski talks with two experts about the problem and ways for anyone experiencing abuse to seek help during these difficult times.

Businesses across Northeast Wisconsin are struggling during the Safer at Home order. Restaurants and bars are offering curbside or delivery services. Other businesses are operating on a reduced schedule. Others remain closed during the Coronavirus pandemic.

On this edition of Newsmaker Sunday, Tom Zalaski talks with local economic experts about how the community is helping these businesses during this trying time.

UPDATE: WisDOT clears all northbound and southbound lanes on WIS 47 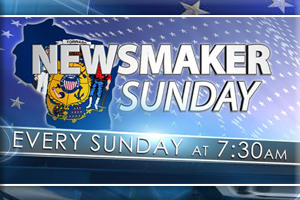 Andrew Brandt on the drafting of Jordan Love